The ATLAS detector at CERN's Large Hadron Collider is one of two general-purpose particle detectors. It's made up of four different instruments, which together provide a detailed picture of how particles decay as they collide with one another. Spatially, one could think of the detector as a cylinder with several layers like an onion. The high-energy particle beams from the collider meet in the center of the detector. As the particles collide, they break apart into different component particles with different energy levels. Everything that happens during a collision happens in less than a fraction of a second, but by measuring the trails of energy released by particles as they travel through different parts of the detector, their type and energy level can be determined.


Particles are identified by how far they make it through the detector before they decay, as well as their angle to the original particle beam. Electrons for example, leave a path that ends in the Liquid Argon Calorimeter (LAr) in the middle layer of the detector. The outermost layer of the detector, the Resistive Plate Chambers, only detects muons and anti-muons, since they're the only particle that can pass through the inner layers of the detector while still leaving energy behind. The Hadronic End-cap Calorimeter (HEC) is also a Liquid Argon Calorimeter, but this part detects particles whose paths pass through either end of the cylindrical detector. The inner detector (Tracks) is a compact array of three different sensor systems. This highly sensitive instrument at the heart of the detector is immersed in a magnetic field that runs parallel to the beam axis. Some particles pass through the detector without leaving any traces behind. By measuring the trajectory and energy expended by the particles registered by the detector, scientists can account for how much energy was lost to 'ghost particles' like neutrinos.


Although there is just a brief recording on this website, this patch is designed to map data from the ATLAS project to sound in real time. The python scripts that map the data into something I can use in Pure Data Extended were written by the Quantizer Project at MIT. Without their help this project wouldn't have been possible. Each instrument in this sonification uses four variables relating to particle geometry: Pseudorapidity (eta), Azimuthal Angle (phi), Center of Mass/Scattering Angle (theta), Energy/Transverse Momentum (Pt). For more information about the parts of the detector and the physics behind the Atlas Experiment click here. 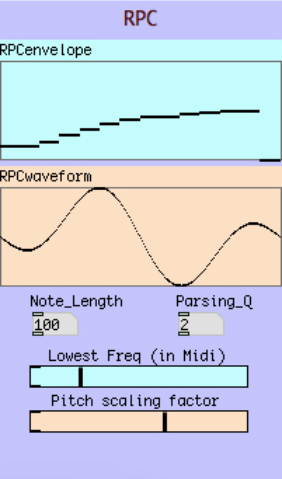 The sounds from this part of the sonification are triggered exclusively by muons. They are also one of the easiest sounds to pick out from the group, with each pitch appearing in the upper-mid-range and bending slightly sharp or flat. I thought something that sounded similar to the Doppler effect would be appropriate for this kind of particle. The patch parses collision data, in this case eta and phi values, and breaks them up into shorter segments every time the rate of change exceeds a threshold value. The resulting curve from eta values is mapped to envelope and pitch bend, while the corresponding phi values are used to influence the timbre. Phi values are mapped to overtones, which are then used in Fourier synthesis. 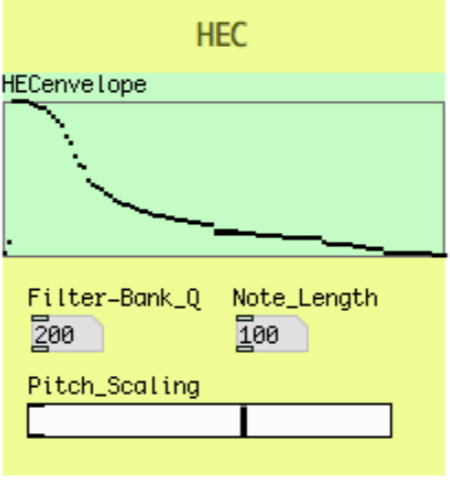 As its name implies, the HEC detects particles, which pass through either end of the detector. While making this sonification, I tried to think of each scientific instrument as if it were a musical instrument. In this case, I pictured two gongs hanging over either end of the detector, each being struck by a spray of subatomic particles with each collision. The envelope is set as an approximate representation of a cymbal or gong strike. The sound itself begins with a white noise generator, which is then passed through a bank of ten band pass filters. Phi data is mapped to the center frequencies of each filter, changing the timbre slightly with each segment of data. Eta data is used to determine the polarity of each detected particle, which is then used to pan the output left or right based on the result. 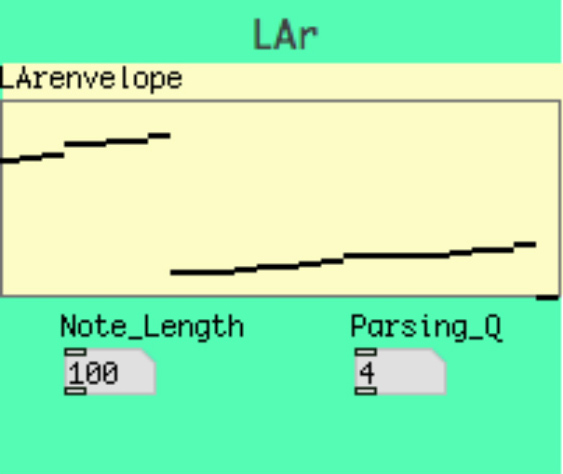 Most of the jets of smaller particles generated by the collision terminate somewhere within the LAr. This includes electrons, quarks, as well as other particles, some of which can only exist for a very short time. I mapped eta data segments to the envelope to convey the sensation of stopping as the particle jet's energy is absorbed. This creates a variety of envelope shapes, most of which build in volume only to suddenly be cut off. Like the RPC, which uses a similar method of detection through energy absorption, this part of the sonification uses phi data for Fourier synthesis. Unlike the RPC, the phi data isn't mapped to overtones, but rather to frequencies in an oscillator bank, resulting in a more dissonant sound. 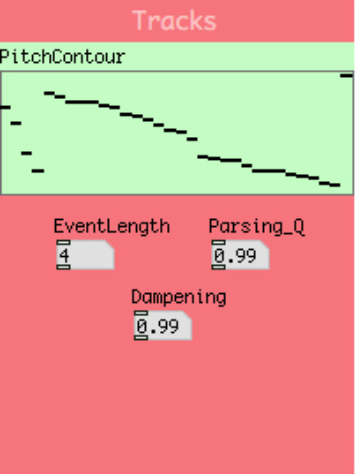 The inner detector provides most of the information about what is taking place during a collision. Because it's surrounded by a powerful magnetic field, particles curve in specific directions relative to the field, indicating their polarity. The inner detector contains over 80,000,000 silicone chips, each of which gives a specific readout as to how particles interact with materials inside the chip. Because of their proximity to the collision point, all of this equipment must be specially made to function while exposed to high levels of radiation. Thankfully, I didn't have 80,000,000 channels to map, but rather the same kind of geometry data given by other parts of the detector. In order to give a sense as to how the data from this part of the detector is quantized into pixels, I chose a plucked string sound generated by the Karplus-Strong algorithm. Segments of theta values are translated into pitch contours for the instrument to follow. The multitude of pitches produced in short bursts represent the jets of particles and their trajectories.